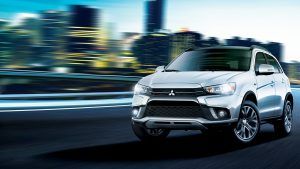 TriCities Mitsubishi is pleased to continue with the 2020 Mitsubishi RVR reviews with this Mitsubishi RVR vs Mazda CX-3 face off. These two SUVs have a lot of similarities, so it can be a challenge to determine which would be better for your needs. We'll admit, we're biased in that we absolutely love the […]

Mitsubishi has recently unveiled an exciting new concept vehicle called the Mitsubishi Engelberg Tourer. This new concept SUV comes equipped with a wide range of innovative features and redefines the way people will look at Plug-in hybrid vehicles. In the past, Mitsubishi had great success with its PHEV motor in the Outlander. And because […]

The Next Mitsubishi Outlander Could Get a Nissan Engine

In 2016, Renault-Nissan merged with Mitsubishi to create one of the most dominating automotive brands on the planet. Since the merger, Mitsubishi has stuck to its own technological and engineering aspects when creating new vehicles. This year, however, Mitsubishi has announced that it may use one of Nissan's engines when producing the new generation […]